The kids dog needs hip surgery :(  Between her ER bills and the surgery itself, we are up to around $3500 in vet bills--if you can spare a few dollars to help, we would really appreciate it!

Peanut is a sweetheart and has watched me do deep pressure and distraction techniques when someone has an anxiety attack or a meltdown and has taught herself how to do her own version of those skills :)  Even injured, she continues to work when the kids need her--it was pointed out to me that she is acting as a service dog and a little research shows that with a little more training, she can serve as Izzy's Psychiatric Service Dog.  Once she is recovered from her surgery, that is Peanut's next big project--she is already mostly there!

I really am terrible at updates.....

I do really well for a while and then.....it all falls apart.  We have had a couple of big moves since the last time, some new diagnoses, some new doctors and specialists and months of shelter in place!

We did the crisis schooling from home thing from March until end of May and let's just say that wasn't really any fun for any of us.....I think the Super Kid had the easiest time of it though--once he got focused and on track, he just plowed through the work and said it was way easier than sitting in classes and trying to pay attention.  His ADHD brain and its distractibility seemed to respond well to having a goal and being able to just work at his pace until it was done.  He discovered that instead of doing a little of each class daily, he did better and remembered more if he just did one class at a time and did the week's worth of work in one day.  I noticed his grades on assignments and tests actually went up!  His school had switched to a pass/fail system but his report card still listed the regular letter/number grades.  However, learning some of the new material is subjects he has a LD in was harder with the online stuff.  If they had a hybrid class where he could go in when he needed some extra help but did everything else online at his pace, it would be perfect for him :p

W often had his teachers laughing.  He was in the sped preschool program again and he did not appreciate this online thing at all.  On many of his assignments I was submitting variations of "he watched the videos and showed his understanding to me but when it came time to do the assignment, he just growled and hid under the table".  His main teacher kept saying that that fit his personality so well that she could see and hear him doing it in her mind ;)

The Busy Little B has had a struggle of things.  We ended up having to pull him from public school and homeschool him and well, there are more days where we make no progress than days where we do.  But I do talk often with his psych team and so once all the covid restrictions are over, we will move forward with trying to figure out how to help him and how to get him learning again!  We did attempt an intense outpatient therapy program last fall that was supposed to be one of the best in the area but they couldn't handle him either :\   He gets obsessive and shuts down and then gets aggressive but not with me.  There is something about me that keeps him much calmer, that helps him regain control over the obsessions' and compulsions, so his "team" basically decided he just needs to be with me alllllllllll the time until they can figure things out.  Not sustainable for the long term but its what's had to happen for months upon months now.

Iz has adjusted well to her latest school and I swear, those people are miracle workers.  In Jan 2019 she had been doing so well in homeschooling and therapy that we decided to say goodbye to homeschooling and try public school again and it was a disaster.  Oh, sure, there were some good things but overall? Disaster.  To the point where we were ready to homeschool again.  We moved again and let her try the school in our new area and it was night and day.  Sure, there are still issues, she's still in a self-contained classroom, she still needs aides and behavioral specialists and the occasional police visit or trip to the hospital when she couldn't be calmed, but even when those things happen, its not as bad/severe/traumatizing as the last school.

Now we just have a long hot summer to survive whilst still sheltering in place :D
Posted by Piper at 6:14 PM No comments: 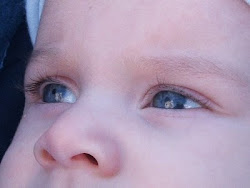 Join me at Swagbucks!